Prof. Yuval Noah Harari is a historian, philosopher, and the bestselling author of Sapiens: A Brief History of Humankind, Homo Deus: A Brief History of Tomorrow, 21 Lessons for the 21st Century, and the series Sapiens: A Graphic History and Unstoppable Us. His books have sold 40 Million copies in 65 languages, and he is considered one of the world’s most influential public intellectuals today.

Born in Israel in 1976, Harari received his PhD from the University of Oxford in 2002, and is currently a lecturer at the Department of History in the Hebrew University of Jerusalem. In 2019, following the international success of his books, Yuval Noah Harari co-founded Sapienship with his husband and original agent, Itzik Yahav. Sapienship is a social impact company with projects in the fields of entertainment and education, whose main goal is to focus the public conversation on the most important global challenges facing the world today.

Yuval Noah Harari gave keynote speeches on the future of humanity in Davos 2020 and 2018, on the World Economic Forum’s main Congress Hall stage. He regularly discusses global issues with heads of state, and has had public conversations with Austrian Chancellor Sebastian Kurz, Dutch Prime Minister Mark Rutte, and Greek Prime Minister Kyriakos Mitsotakis. Harari has also met with French President Emmanuel Macron, German Chancellor Angela Merkel of Germany, Argentine President Mauricio Macri, German President Frank-Walter Steinmeier, and Shanghai’s Mayor Ying Yong. In 2019, Harari sat down for a filmed discussion on technology and the future of society with Facebook’s CEO Mark Zuckerberg, and in 2018 he presented the first ever TED talk delivered by a digital avatar.

Harari originally specialized in world history, medieval history, and military history. His current research focuses on macro-historical questions such as: What is the relationship between history and biology? What is the essential difference between Homo sapiens and other animals? Is there justice in history? Does history have a direction? Did people become happier as history unfolded? What ethical questions do science and technology raise in the 21st century?

Published in 2014, Harari’s Sapiens: A Brief History of Humankind has become an international hit, with 23 Million copies sold. It is a New York Times top 10 bestseller, which has stayed on the paper’s bestseller list for over half the time it has been available in the US, over a six year period.  The book held positions #1-#3 on the Sunday Times’ bestseller list for 96 consecutive weeks. Sapiens was recommended by Barack Obama, Bill Gates, Natalie Portman, Janelle Monáe, Chris Evans and many others. The Guardian has credited Sapiens with revolutionizing the non-fiction market and popularizing ‘brainy books’.

In 2016 Prof. Harari returned with Homo Deus: A Brief History of Tomorrow, a critically acclaimed book that examines the big future projects facing humanity in the 21st century. Homo Deus warns of the threats introduced by new and unprecedented technological powers, which could allow some Homo sapiens to artificially upgrade their bodies and minds while other members of society are left far behind. Since its publication, over 10 Million copies of the book have been sold worldwide.

After venturing deep into the past and then the future, Yuval Noah Harari published 21 Lessons for the 21st Century in 2018. Here he stopped to take the pulse of our current global climate, focusing on the biggest questions of the present moment: What is really happening right now? What are today’s greatest challenges and choices? What should we pay attention to? 6 Million copies of 21 Lessons have been sold worldwide.

In 2020 Harari (as creator and co-writer) joined forces with renowned comics artists David Vandermeulen (co-writer) and Daniel Casanave ( illustrator). Together, they created Sapiens: A Graphic History – a radical adaptation of the original Sapiens into a graphic novel series that is bursting with wit, humour and colour. These illustrated books cast Yuval Noah Harari in the role of guide, who takes the reader through the entire history of the human species, accompanied by a range of fictional characters and traveling through time, space and popular culture references. The series will be published in four volumes, and the first two books are already available – with over 1 Million copies sold.

Autumn 2022 saw Harari venturing into the world of children’s books for the first time, with the middle-grade series Unstoppable Us. Here, he tells the unbelievable true story of humans – our all-conquering and insatiable species –  in a way that is accessible to kids. The series will be published in four immersive volumes, featuring full-colour illustrations by Ricard Zaplana Ruiz, starting with Unstoppable Us, Volume 1: How Humans Took Over the World. This book quickly became a New York Times bestseller, was listed among the paper’s best children’s books of 2022, and was warmly recommended by Jeff Kinney, Kristen Bell, and Kirkus.

Prof. Harari’s writings have received several accolades. In 2021 he was presented with a US Association of Foreign Press Correspondents Honorary Award. In 2020, he was awarded an honorary doctorate from VUB (the Free University of Brussels), and received the CITIC Author of the Year prize in China, for Sapiens: A Graphic History. In 2019, 21 Lessons was honoured as ‘Knowledge Book of the Year’ by the German magazine Bild der Wissenschaft, Homo Deus was recognized as the ’Wise Book of the Year’ by Krakow’s Jagiellonian University, and Sapiens won the ‘Academic Book of the Year’ prize at the UK’s Academic Book Trade Awards. In 2017 Homo Deus received Handelsblatt’s German Economic Book Award for “the most thoughtful and influential economic book of the year”, and in 2015 Sapiens won China’s Wenjin Book Award.

Yuval Noah Harari lectures around the world on the topics explored in his books and offers his knowledge and time to various audiences on a voluntary basis. He writes articles for publications such as The Guardian, The Financial Times, The New York Times, TIME, and The Economist. In 2020 Harari wrote and interviewed extensively on the global COVID-19 crisis – discussing the pandemic’s implications on major news channels, including CNN and the BBC  – and in 2022 he commented publicly on Russia’s invasion of Ukraine, with his article on this topic becoming The Guardian Opinion’s most-read opinion piece of all time. Harari was featured in a profile piece on CBS’ 60 Minutes programme in 2021. 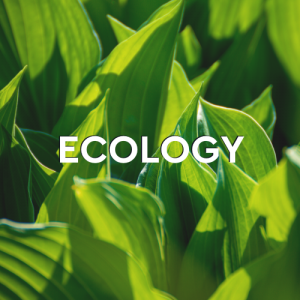